North East businesses are lining up on the grid to support the region’s young British Formula Stars karting champion. 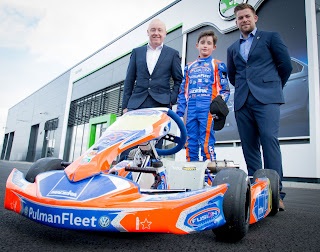 Local businesses are recognising the emerging talent of 11-year-old Newcastle-born Joseph who recently met his racing hero Lewis Hamilton to be officially recognised for winning the 2015 Formula Kart Stars – Cadet series and also have a tour of the Mercedes team factory.

Joseph, 11, from Ryton, hopes to emulate Lewis Hamilton’s success - although recognises he has much still to learn and achieve. This year he aims to build on last season’s success – when he also finished 4th in the Little Green Man racing series and 6th in the Super One British Championship. 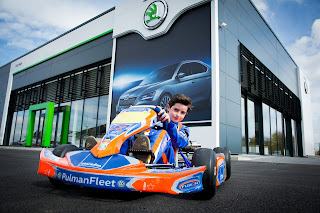 Lewis Hamilton won the same karting championship as Joseph back in 1995, and at the same age, 10. Lewis went on, breaking many milestones, to become one of the youngest F1 champions at the age of 23.

Just as in F1, sponsors are an important part of building and maintaining success for all young racers, helping motorsport talent develop by supporting the running costs to compete in championships that run across the UK. All eyes in the UK motorsport community are on Joseph this year as he again competes in the Little Green Man and Super One championships, staying with internationally recognised Fusion Motorsport, running their Synergy kart for his last year in the Cadet class.

His mother Lianne Taylor said: “We’re delighted Pulman Fleet have seen the talent in Joseph and have been prepared to provide valuable support. On the racing track the results are down to Joseph but he recognises there’s a big support team behind him. That team, which includes the sponsors, makes racing possible and allows young drivers to develop.” 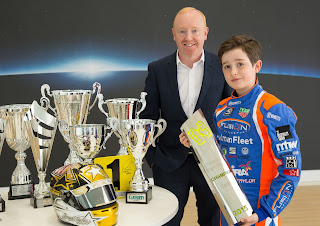 Paul Adams, group fleet manager of Pulman Fleet, said: “We’re proud to sponsor a rising motorsport champion like Joseph. As a Volkswagen, SEAT and SKODA dealer, we’re keen to support a talented local racer, pitting himself against others in a high performance, sporting sector we understand.”

For more information visit www.pulmangroup.co.uk
Posted by Unknown at 14:54
Email ThisBlogThis!Share to TwitterShare to FacebookShare to Pinterest
Labels: Group